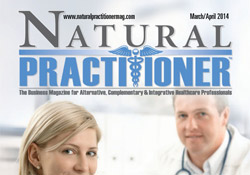 Walter J. Crinnion, ND, recalled that when he started in practice in 1982, many health problems, including chronic gastrointestinal (GI) issues, were only seen in 50- and-older patients. Today, he says it is rare in his practice not to see patients wrestling with some sort of digestive concern, and those patients fall into a ny gamut of ages.

And as the gut is integrally linked to one's overall health, he noted how repairing one issue will have a cascade effect on others. "One of the most common problems was allergies (hay fever, sinusitis, etc.)—everyone seems to have allergies that are getting more severe with each passing year, and chronic diseases are found in 30-year-olds," said Dr. Crinnion. "I always found the irritation of respiratory mucus membranes to be linked to the irritation of digestive mucus membranes. When I got the digestive tract feeling better, the allergies always improved."

Jacob Teitelbaum, MD, director of the Fatigue and Fibromyalgia Practitioners Network who has been counseling patients for 39 years, attributes three causes to the increased prevalence of digestive disorders: 1) antibiotics knocking out normal gut flora; 2) increased sugar intake, which causes the overgrowth of candida; and 3) food processors destroying the enzymes present in food to prolong shelf life.

"The first two cause 'leaky gut,' which makes it easier for partially digested proteins to get absorbed into the bloodstream. These are treated by the body like outside invaders, triggering food allergies and exhausting people's immune systems," he said. "Then consider that the same enzymes that cause a food to ripen also help us digest the food. While destroying the enzymes delays ripening and prolongs shelf life, it renders the food very difficult to digest causing indigestion. "Basically, this creates a 'perfect storm' for immune dysfunction and autoimmune disease, in addition to the local symptoms of indigestion, gas, bloating, diarrhea and constipation," he added.

Many if not most of the illnesses of modern life can be related to this, including indigestion, irritable bowel syndrome (IBS), chronic pain, chronic fatigue syndrome, fibromyalgia, arthritis, nerve pains, as well as the entire spectrum of autoimmune illnesses. "Fortunately," said Dr. Teitelbaum, "most of these can benefit from natural therapies." Suffering Silently Too Often The National Institutes of Health reports that digestive disorders affect between 60 and 70 million people.

More specifically, it is estimated that approximately 10 to 20 percent of the general adult population exhibits symptoms compatible with IBS, according to Lawrence J. Hoberman, MD, a gastroenterologist who has been practicing medicine since 1975, and currently counsels patients at Health By Design in Texas. "However, only 15 percent of those affected actually seek medical attention. IBS accounts for 12 percent of primary care patients and 28 percent of gastroenterology practice patients," he said, noting he has observed a trend toward an increased number of patients with symptoms depending on the level of stress in their environment. "For example, when the economy is worse, more people will develop GI symptoms."

Adam Sandford, ND, a product specialist with New York-based Patient One MediNutritionals, concurred Dr. Hoberman's point. "The prevalence of GI issues is likely to be much higher as, of these affected individuals, only one in eight actually seek any medical attention," he said. "Many people shrug off their symptoms and 'grin and bear it' when relief may be within their grasp. "Even with conventional medicine, treatments for IBS start with select dietary alterations and appropriate exercise," Dr. Sandford added. "Although shortly thereafter, pharmaceuticals are often prescribed—from antidepressants to anti-diarrheals to antispasmodics— to deal with symptoms rather than helping the patient identify and treat the cause." These troubles can have a huge impact on people's daily lives, with 41 percent of Americans who have experienced GI issues stating that the pain associated with them is "often unbearable," according consumer research group Mintel in its "Gastrointestinal Remedies - U.S. - 2013" report, which surveyed a sample of 2,000 adults.

Trading Traditional for Natural Dr. Teitelbaum pointed out that in addition to being addictive, acid blockers actually worsen digestion by totally turning off stomach acid. "If you give somebody with no stomach symptoms an acid blocker for two months, when they try to stop they get rebound acid hyper secretion—basically severe indigestion pain. This results in people taking these medications for years," he said, noting that acid blockers cause nutritional deficiencies from poor digestion, as well as dramatically increase osteoporosis and likely a host of other problems. "Meanwhile, chewable calcium antacids have been associated with an increased risk of heart attack. It is best that chewable calcium or any calcium supplement be taken together with magnesium and vitamin D to prevent this increased risk."

The Mintel report showed that 38 percent of sufferers agree that they only use GI remedies when absolutely necessary. Rather, American consumers appear to be taking a more proactive stance to their health and looking to prevent issues rather than treat them. According to Mintel:

Missy Lowery, senior manager of marketing with ingredient supplier Capsugel, Americas Region, offered further evidence that consumers are confident that these types of natural therapies, including supplements, can help manage a host of digestive health conditions. The South Carolina-based company underwrote the 2013 Natural Marketing Institute Study of Supplements, OTC and Rx Database (SORD Study), which showed that probiotics and fiber supplements were two of the top growing supplements from 2005-13. "In fact, all consumers had grown their perceived deficiency in probiotics from six percent in 2009 to 16 percent in 2013, which is a very strong indication that the messaging around probiotics has really broken through," said Lowery.

Probiotics Restore Balance Since disruption of the healthy balance of the intestinal bacteria can cause symptoms of IBS, according to Dr. Hoberman, probiotics can be very beneficial in easing the symptoms of constipation and diarrhea.

"The most important dietary supplement is a probiotic," he said, noting that there's been a great deal of research on intestinal bacteria that has recently garnered considerable attention. "I discuss with patients the proven studies about probiotics lessening IBS symptoms. I also reference the most recent studies in my blog posts (www.endomune.com/blog). Controlled trials using probiotics in patients with IBS have shown statistical benefit, [as well as that] probiotics are safe and without any serious side effects."

Indeed, as Dr. Gregory Leyer, chief scientific officer with Wisconsin-based UAS LifeSciences, a probiotic supplier for 30 years, noted that the culmination of a five-year extensive study called the Human Microbiome Project (HMP) was published last year. This study categorized and evaluated the microorganisms that live in and on the body with the largest concentration being in the gut. "Many further studies have already been initiated that make use of this body of knowledge. At the time of release, leading news sources published articles, and since then there has been a regular release of new findings," he said.

One strain of bacteria, Lactobacillus acidophilus DDS-1 is common to all of UAS LifeSciences' formulations, and in many of them, the company has added carefully selected Bifidobacterium species. Its practitioner lineup, Multi-Flora probiotics, currently includes five products: Multi-Flora Daily, Multi-Flora Adult, Multi-Flora Junior, Multi- Flora Women's and Multi-Flora Acidophilus. According to Dr. Leyer, UAS has selected strains for its formulas that have many beneficial qualities including:

"Our Multi-Flora Adult formula was used in a 25-person clinical case study of IBS patients where close to 90 percent of the participants experienced a minimum of 50 percent reduction in one or more symptoms," said Dr. Leyer. "The data behind the Bifidobacterium strains also offer compelling evidence on GI symptom relief and transit improvements."

Digestive Discomfort & Gut Healing According to Dr. Sandford, Patient One created its line to meet expanding demand for evidence- backed supplements through health care practitioners. "Our products contain science- backed ingredients, including numerous trademarked and patented ingredients, which have been extensively studied," he said. The company offers a viable alternative to a common conventional approach toward alleviating digestive discomfort, which is to prescribe or suggest stomach acid blockers. "This reduces the ability for the body to properly break down proteins, impairs overall digestion and may actually increase the feelings of acid reflux," said Dr. Sandford. "In some cases, the opposite approach is helpful, with the judicious prescription of a well-balanced, acid-containing supplement, such as Patient One's P3-HCL Digest, which is designed to increase stomach acidity to help with proper digestion and to help keep the valves on the stomach closed, thus reducing incidences of heartburn."

When digestion is impaired, Dr. Sandford noted it is often helpful to use supplemental digestive enzymes while the body is in the process of recovering via sleep management, diet modification and exercise. "Patient One's GI-One has a broad array of carbohydrate, protein and fat enzymes, such as amylase, bromelain, lipase, lactase, pancreatin and proteases, can help provide a broad-spectrum coverage of digestive support."

Also helpful during the gut-healing phase are products that assist in coating the gut and helping the lining repair itself. "A good combination might include licorice (deglycyrrhizated), slippery elm bark and marshmallow root," he said. "As one of the primary foods that fuels the cells in the gut lining is glutamine, a high dose of glutamine may be indicated (although caution should be used in the cases of Crohn's disease or ulcerative colitis)."

To that end, Patient One launched in December 2013 its GastroOne product, which offers a natural Strawberry flavor, unlike other unpleasant-tasting gastro products on the market. It also offers a higher dose of glutamine than many other formulas. Diet & Lifestyle After ruling out any underlying medical disorder, Dr. Hoberman stressed it is important to determine what factors may be responsible for producing the symptoms. "Diet is a major factor—some individuals have problems with lactose or fructose intolerance and some are sensitive to gluten, while eating fatty foods in general can contribute to indigestion and heartburn," he said. "Diets low in roughage or lacking daily servings of fruits and vegetables can lead to constipation. Increasing fiber helps some individuals with constipation."

Dr. Crinnion said he has been astounded by the health impact when a person stops eating the foods that cause their bodies harm. "I have been equally astounded by how few adults would prefer to eat bad diets and continue to have chronic health problems, but food choices are often more emotional than rational," he said.

After one stops consuming problem-causing foods, then Dr. Crinnion can use a variety of botanical and nutritional products to reduce the inflammation, heal the tissues, restore proper function and help the microbiome. "But, all of these things are very difficult to achieve if the offender foods are still being eaten," he said.

Dr. Teitelbaum's advice is to have patients avoid iced drinks during meals if indigestion is a problem, as the low temperatures can decrease digestive enzyme activity, which works best at 98.6 degrees. Further, he has his patients consider sugar free diet colas (e.g.- Zevia Cola) with meals, as colas are very acidic, which can help digestion.

Beyond making sure a patient's diet is healthy, Dr. Crinnion has them do some form of regular exercise to "burn off" stress. "So many people hold stress in their guts, so this can be critical," he said.

Dr. Hoberman concluded that the complex issues of the GI tract require a holistic approach. "Health care providers can work together using all modalities to evaluate and improve the gut function," he said. "There is significant signaling between the brain and gut in both directions. Working on the mindgut connection is a very important part of treating the 'whole' patient."